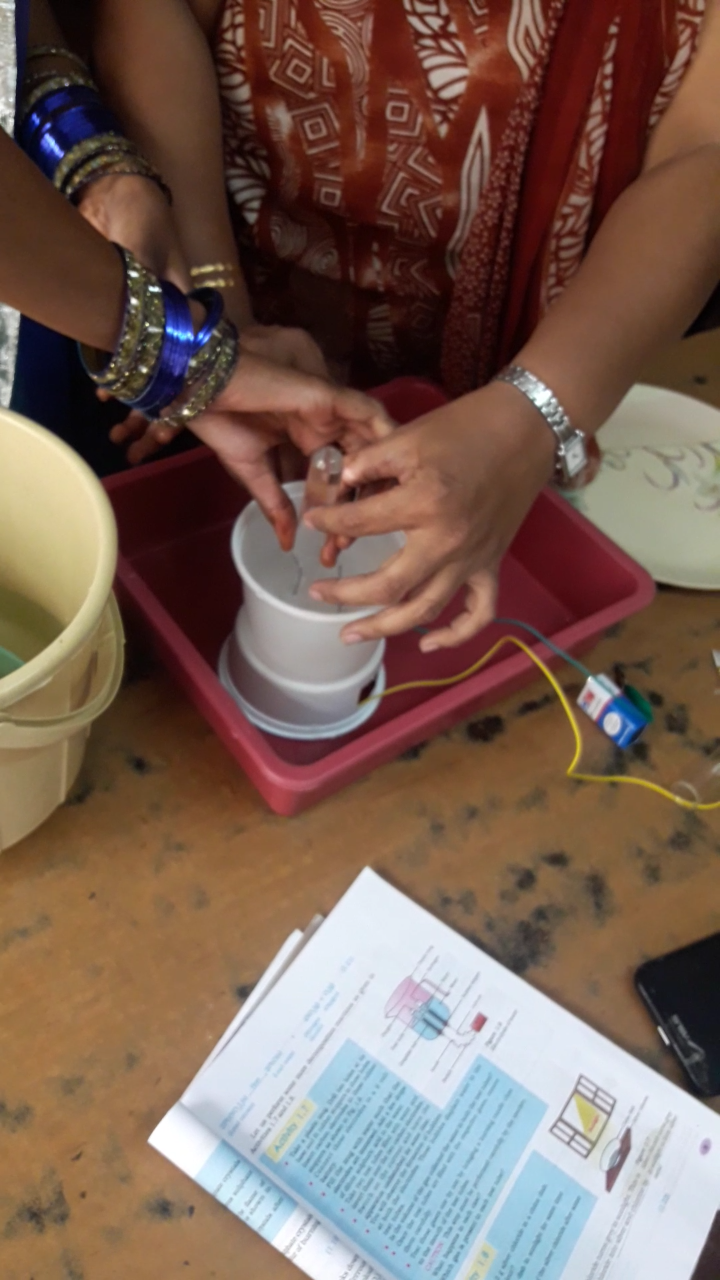 September 2018: As part of Prayoga project, Science is taken to students from Sri Ramana Maharshi Academy for

the blind in the form of experiments and activities. This time the topics covered were electrolysis of water

(decomposition reaction), Litmus and Olfactory indicator tests for Acids and bases, reaction of metals with acids, 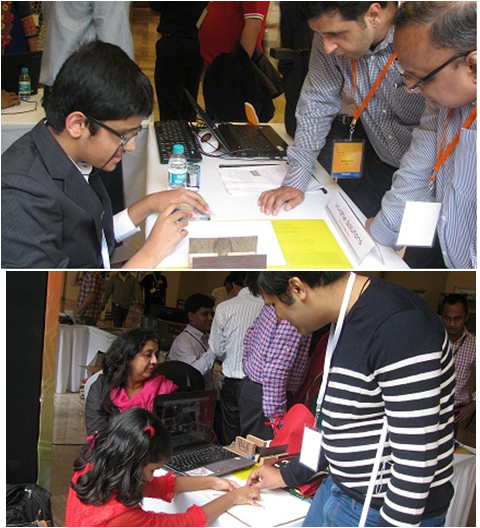 This November 2015, Vividha participated in India Inclusion Summit. Two students who are visually impaired demonstrated how Math and Science can be made accessible. While one student demonstrated a "Light" experiment, the other showed how graph can be plotted. The students caught all the limelight, but there were few models that gave goosebumps to people who visited the stall. 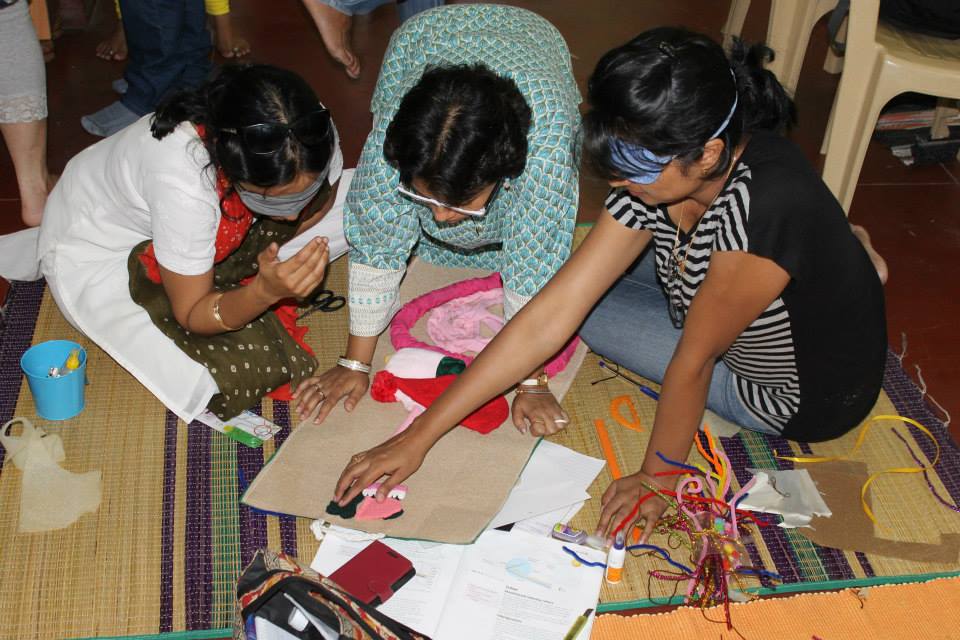 In August 2015, Vividha organized a Tactile Graphics workshop for teachers and parents of children who are visually impaired. The participants learnt about the do’s and don’ts of making the tactile graphics, how to present a tactile graphic to a student, materials that can be used to make them and most important the objective behind making them. There was an exhibition of tactile books, science and recreational models made for children who are blind.

Vividha conducted a 4-day summer camp in Bangalore, from May 20-23, 2015. One of its kind, this summer camp for children with visual impairment between the ages of 5 and 12 years intended to provide an experience that a typical child gets in a summer camp. Seven children participated.

The first day involved gardening activities such as digging, ploughing, sowing the seeds as well as growing their own plant. With the temperature rising up, the kids also got hand-on training in preparing their own cold drink Aam Panna.

On the second day was an eventful field trip to Bannerghatta National Park. It was an unique and a never-before opportunity for the children to touch and experience a collection of zoo specimen such as eggs of Ostrich, Emu, Peacock, Pheasant, Pigeon, and turtle.  They also felt the snake and crocodile skin, deer jaw bones, a star turtle shell, and a porcupine quill. They even got a chance to hold live rabbit and a star turtle.

Day Three was a role-playing when the children enacted the role of animals. They then prepared and savoured own fruit skewers.

On the final day, the children went out to shop to buy vegetables and got an experience of using money. Later they prepared snacks from the things they just then bought.

The focus of this camp was to help young children to become independent and know the nuances of leading a life that can be as normal as anybody else's.